Last weekend, the non-profit where I work, Phoenix Family, had a booth at the Great Midwest Balloon Fest in Olathe, Kansas. We had a lot of fun with the kids playing “Frogs on the Lily Pad” and passing out literature describing our new program to help eliminate illiteracy among youths living in the low-income housing communities we support.

Note: It’s a couple of days later, and I just viewed the web site of a friend’s boyfriend. (Berenice Freedone’s boyfriend, Frank Lee @ flee.com.) I was admiring Frank’s photography, but what I really loved were his comments by each picture – why he took them, what he was thinking about the composition, etc.. So I decided to come back and do a bit of the same with mine and give a little insight into why I took a particular image. 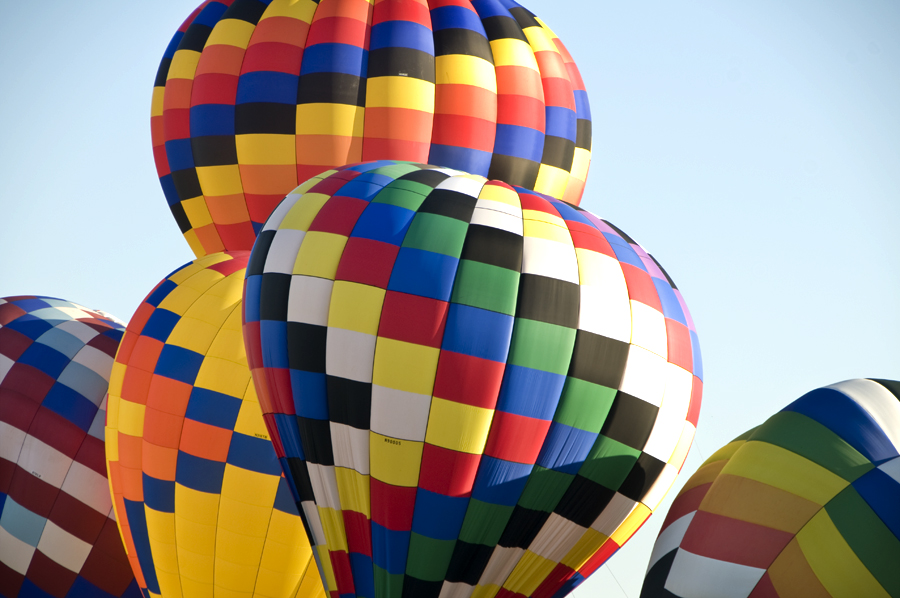 I only had time to shoot a few frames while the balloons were being inflated in the early evening. (And I THOUGHT I’d forgotten to bring a new camera battery me when mine died. It was only later that I realized, “Duh,” I have a charged one with me… like, all the time!) Anyway, I was mainly thinking about the shapes of the balloons and trying to have as many overlapping as I could. I do like the one sitting by itself at the lower right, though. Wish the sky had been a little deeper blue. (And I’m not sure where the vignetting came from. I didn’t add any. Hmmm.)

After my shift, I stayed around to take a few pictures of the Balloon “Glow,” which is when all of the balloons fire up their engines all at once. I had my camera set at a long exposure, which of course meant my photos were blurry, but I kind of like the effect. 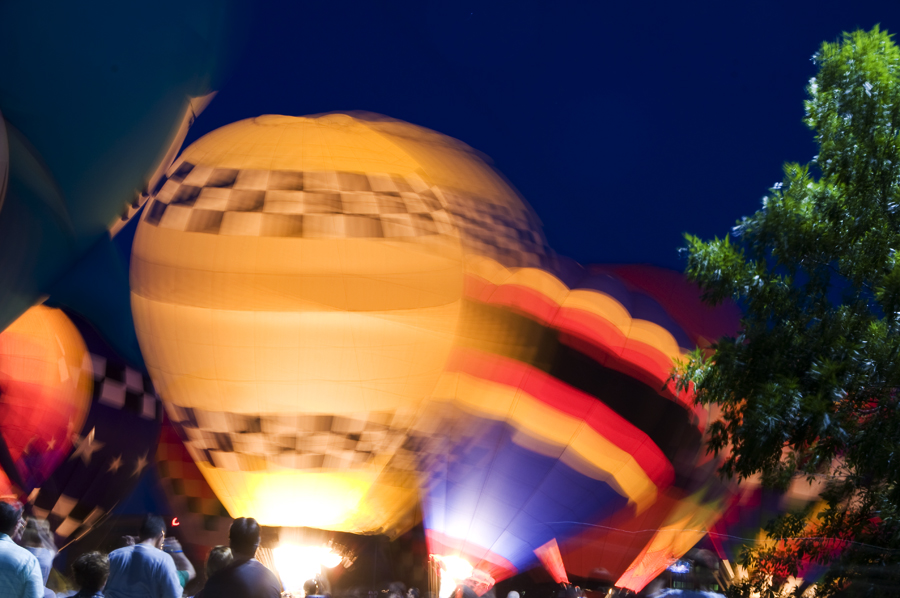 I really like the people and trees in this shot. They give something of a sense of size to the balloons, which were huge. And I haven’t shot any longer exposures in a very long time, so for my first few shots, I wasn’t thinking about the balloons swaying in the wind, because they’re so big, I didn’t really notice their movement. (I did think about the people moving, which was fine.) 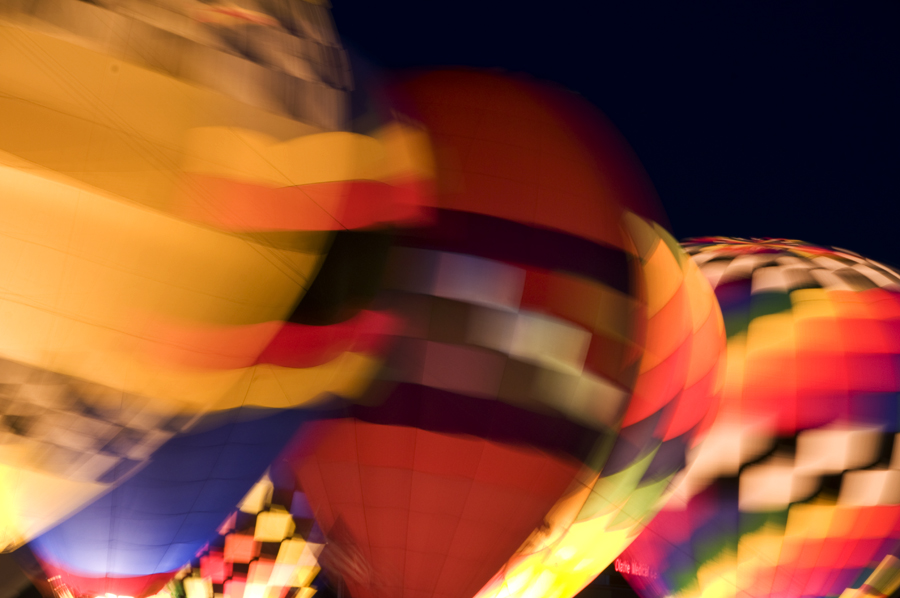 It was hard to catch many of the balloons being lit at the same time, so I was just grabbing shots as I could and hoping for some interesting colors and shapes. I like how the balloon on the left has its red and yellow streamers moving across the other balloon. It’s like part of it pealed off somehow.

After the “Glow,” I headed over to the carnival midway. I hadn’t been to a carnival in years, and I had a blast wandering around taking photos, mostly of the lights on the rides. I didn’t eat any cotton candy or try my hand at any games, although now I wish I had! 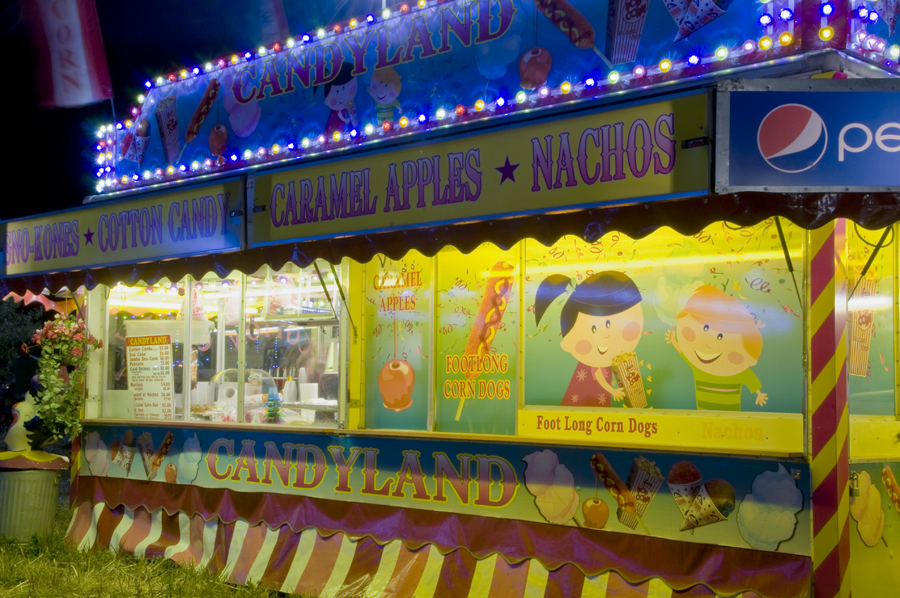 I thought this was the cutest little stand, probably because I loved the Candyland game when I was a kid. I didn’t notice the Pepsi sign until I’d shot a few frames, but it’s pretty minimal in this one.

I definitely didn’t try any of the rides. I was always the kid who rode one ride – then had to sit down for pretty much the rest of the evening because I was sick to my stomach! But, I always gave it a try. 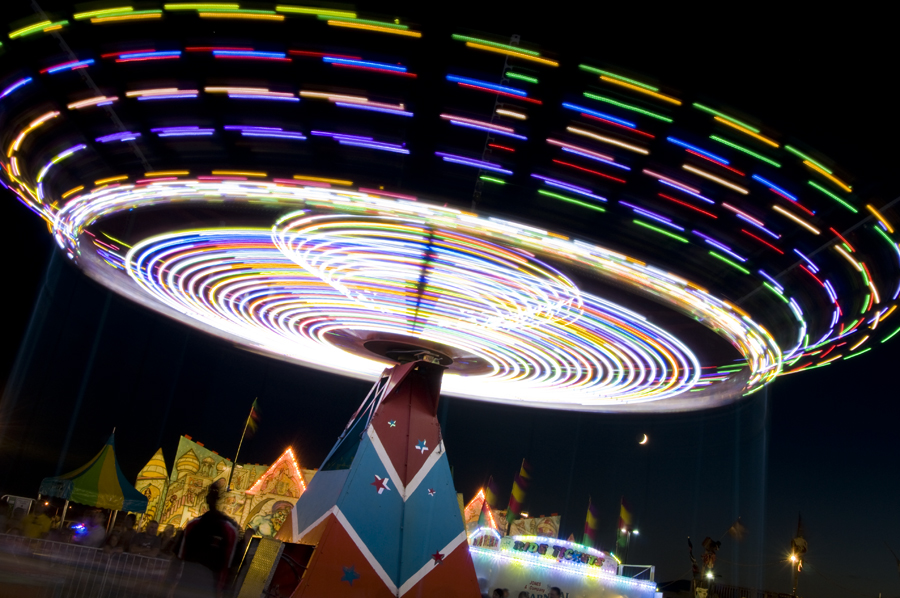 I wanted to capture the base of the ride, as well as the background in this shot. I wish I’d done that in more of them! 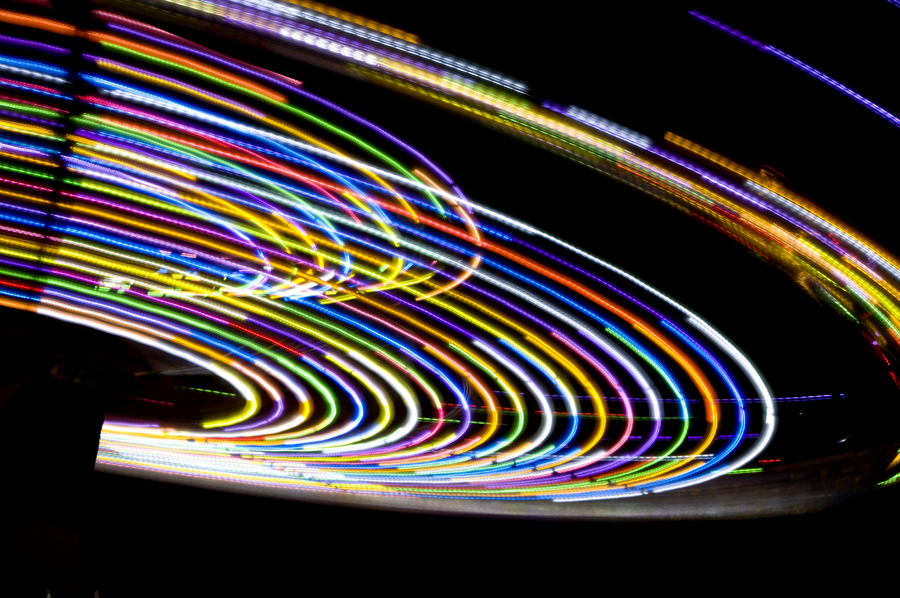 This reminds me of a UFO, or an old vinyl record. 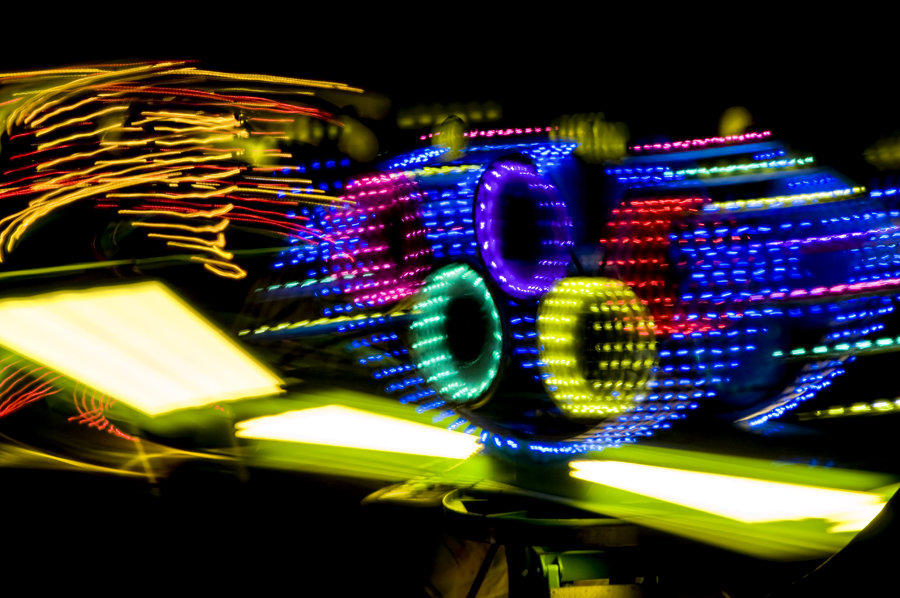 This ride had so many things going on! I kept checking after each shot which ones were capturing the best angles, then started waiting to shoot until I got the pieces in the frame that I wanted. 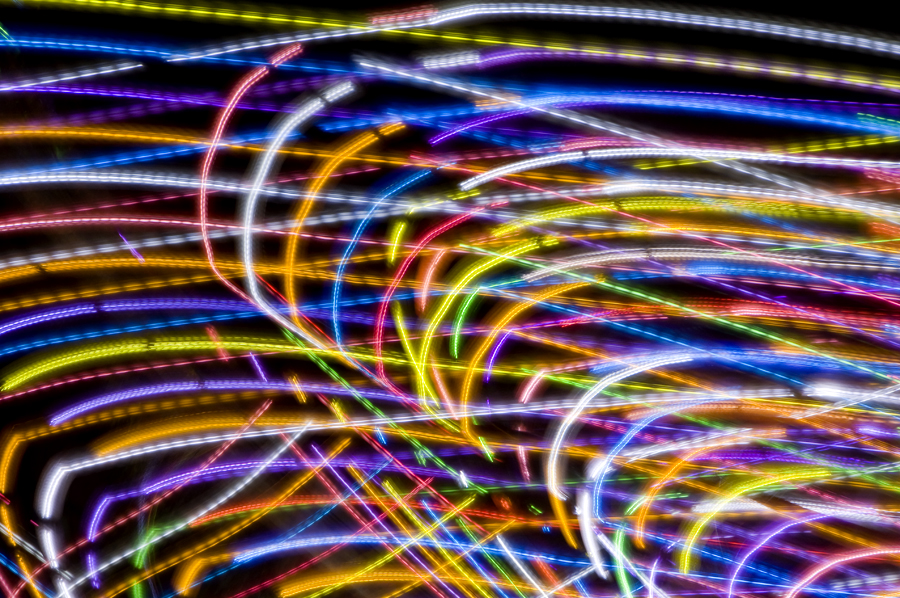 And finally, here I was experimenting with moving my zoom lens in and out during the shot, to get even more unpredictable movement and colors.

All in all, I had a great time at the carnival… and next time, I might just have to give one of those rides another whirl! (Or not.)

This entry was posted in Fun, Kansas City.